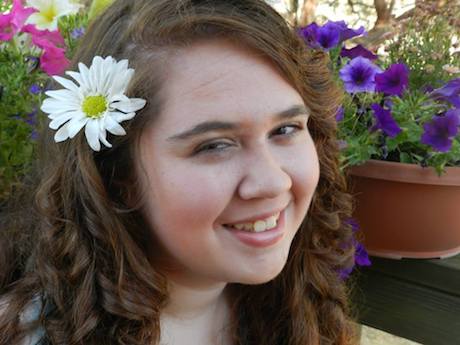 Nearly two hundred authors from across the nation as well as from Italy and Great Britain answered the challenge.

Winning back-to-back championships is not easy. Yeah, Tom Brady may make it look as if its not that hard, but it is truly difficult. Only eight teams have actually won the Super Bowl back-to-back. According to the late coach of the 49ers, Bill Walsh once said that winning a first Super Bowl is enormously easier than winning a second or third.

Well folks, Sarah Tehuiotoa of Pahrump Nevada is making winning look easy. For the second time in row she has taken first place in the Brave Enough To Write 18 and over category and scored a check for $1,000!

And she did it with a totally different panel of judges, none of whom knew of her or her previous work. Which makes the accomplishment that much more spectacular!

The 22 year old graduate of UNLV is currently working as a substitute English teacher. She thanks her fellow writers and  a crazy but awesome creative writing professor for pushing her to become a better writer. Sarah offers a bit of advice for other writers,

“I think everyone has doubts about what they’re supposed to be doing, but I’ve learned to keep on going and growing and learning (you can never learn too much). And I’ve learned to trust that God has a plan, and He’s put a passion in my heart for writing for a reason.”

“Give the gold to “The With Woman” it is incredibly well written, finely crafted, with a fantastic ear for dialogue.”